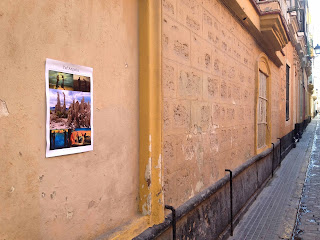 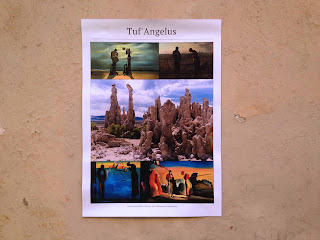 Capturing the image of the calcium carbonate tufa structures mimicking Millet's farmer couple was a chance event that occurred during the photography of these natural, geological formations in California, and the suggestive imagery was only identified several hours after the photo was taken. Instead of presenting a symbol of death (the casket overpainted by a basket, as revealed by the Louvre's 1963 x-ray analysis instigated by Dali) that appeared between the farmer and his wife in the original painting by Millet, the Mono Lake photo suggests a sprouting phallic image rising between the couple, perhaps as a psychological displacement of the original pitchfork, as well as serving as an interpretative, transformative symbol of regeneration, in contrast with the original symbolism intended by Millet and modified by Dali. Perhaps this image also demonstrates the self-propagating contagiousness of obsessive, subjective interpretation: my obsession with Dali's obsession of Millet's original obsession, that ultimately approaches a timeless moment of both erotic anguish and hope.
Eric Bragg 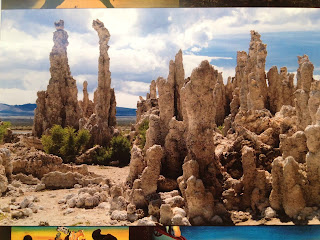